Why does Google think the slowest animal is the sloth?

Our mission is to organize the world’s information and make it universally accessible and useful.

This is pretty hard, but Google has been at it a while. Let’s see how well Google is doing by asking it for some basic factual information, like the slowest animal.

To see just how wrong this is, take a look at this video of a sloth climbing a tree:

Can you imagine a 1 millimeter snail moving this quickly? A sponge? A coral? A tardigrade? A 100-micron long mite?

It takes almost no research at all to see that the sloth wouldn’t even be invited to the slowest animal Olympics, let alone win the gold medal.

Google has plenty of company though. 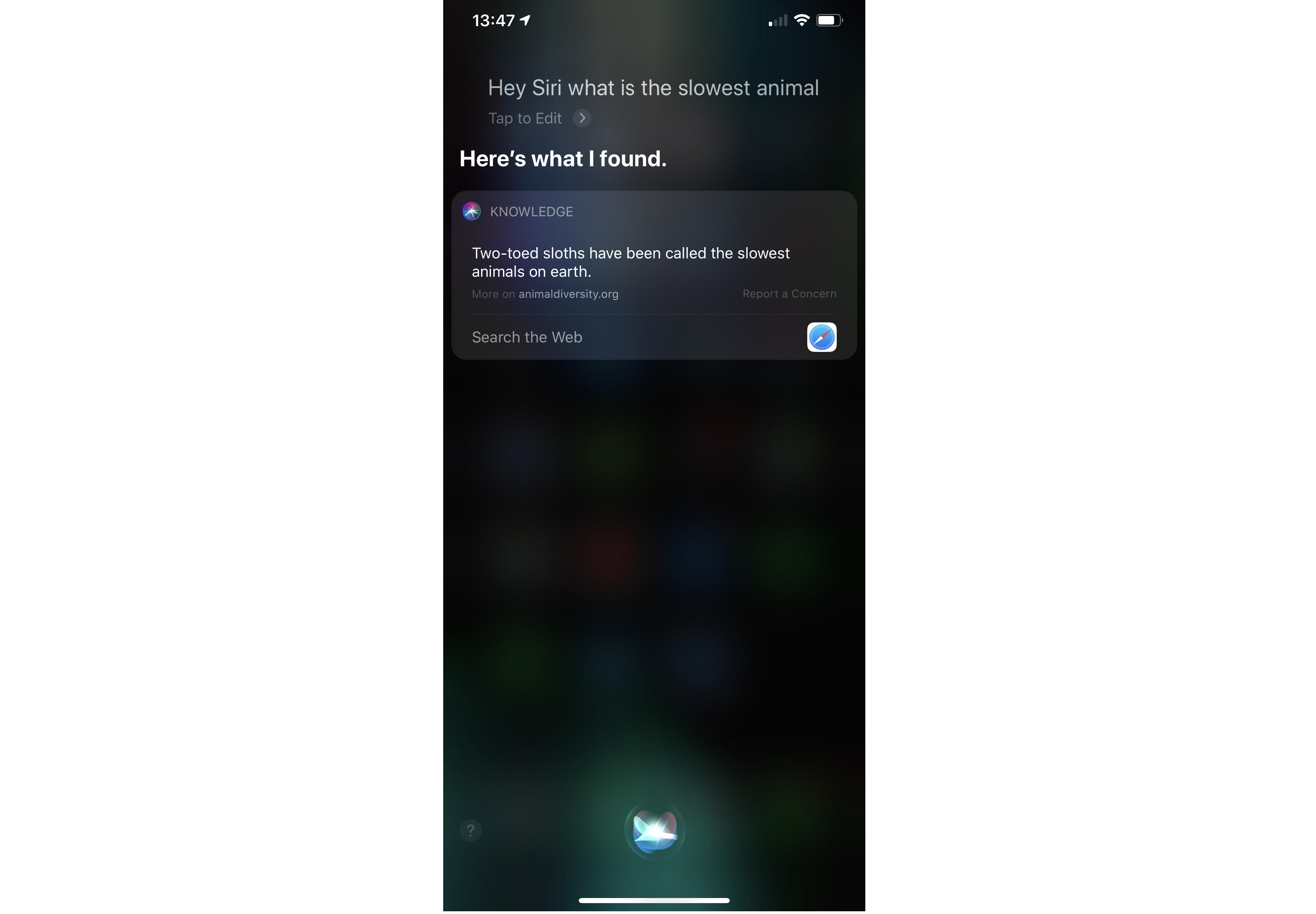 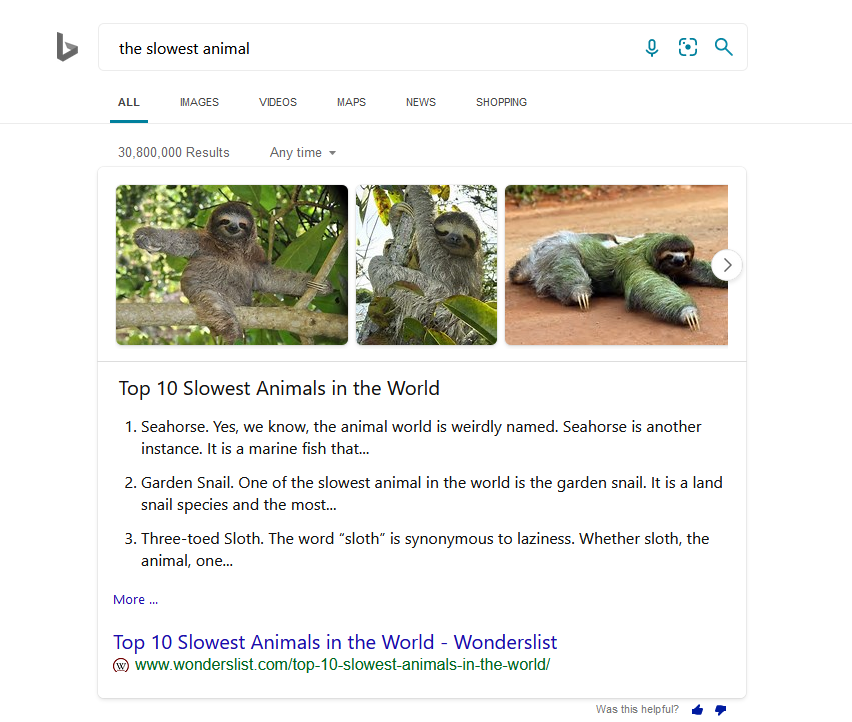 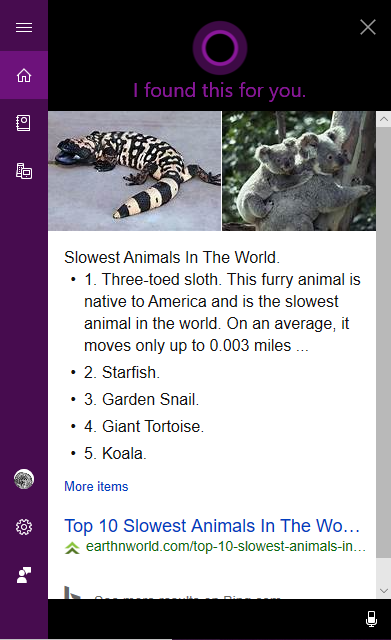 Although DuckDuckGo doesn’t elevate an editorial snippet, it returns 8 images of sloths and 1 image of a loris: 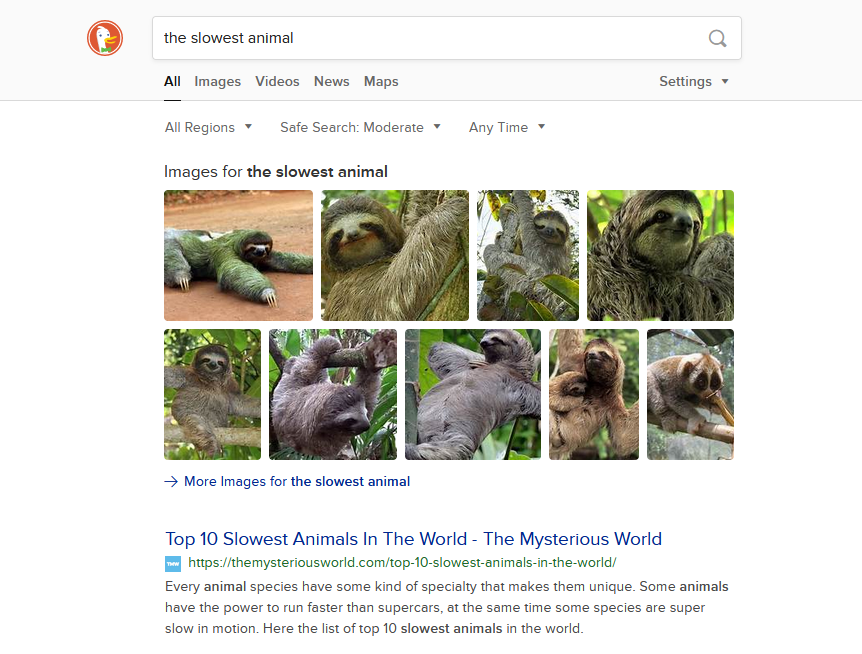 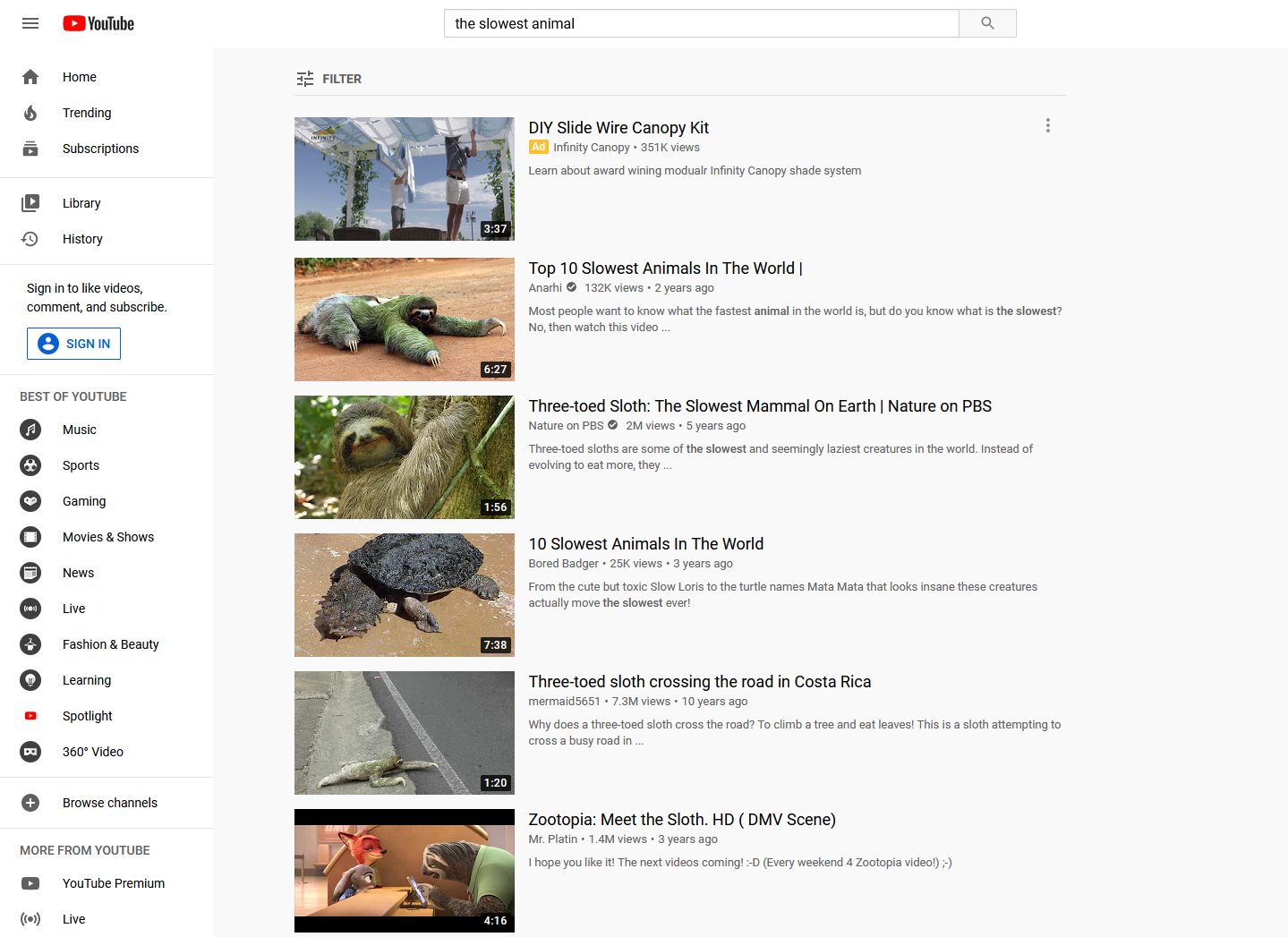 WolframAlpha gets it the closest yet, returning the brown garden snail and explicitly states that it reinterpreted my query as the slowest land animal: 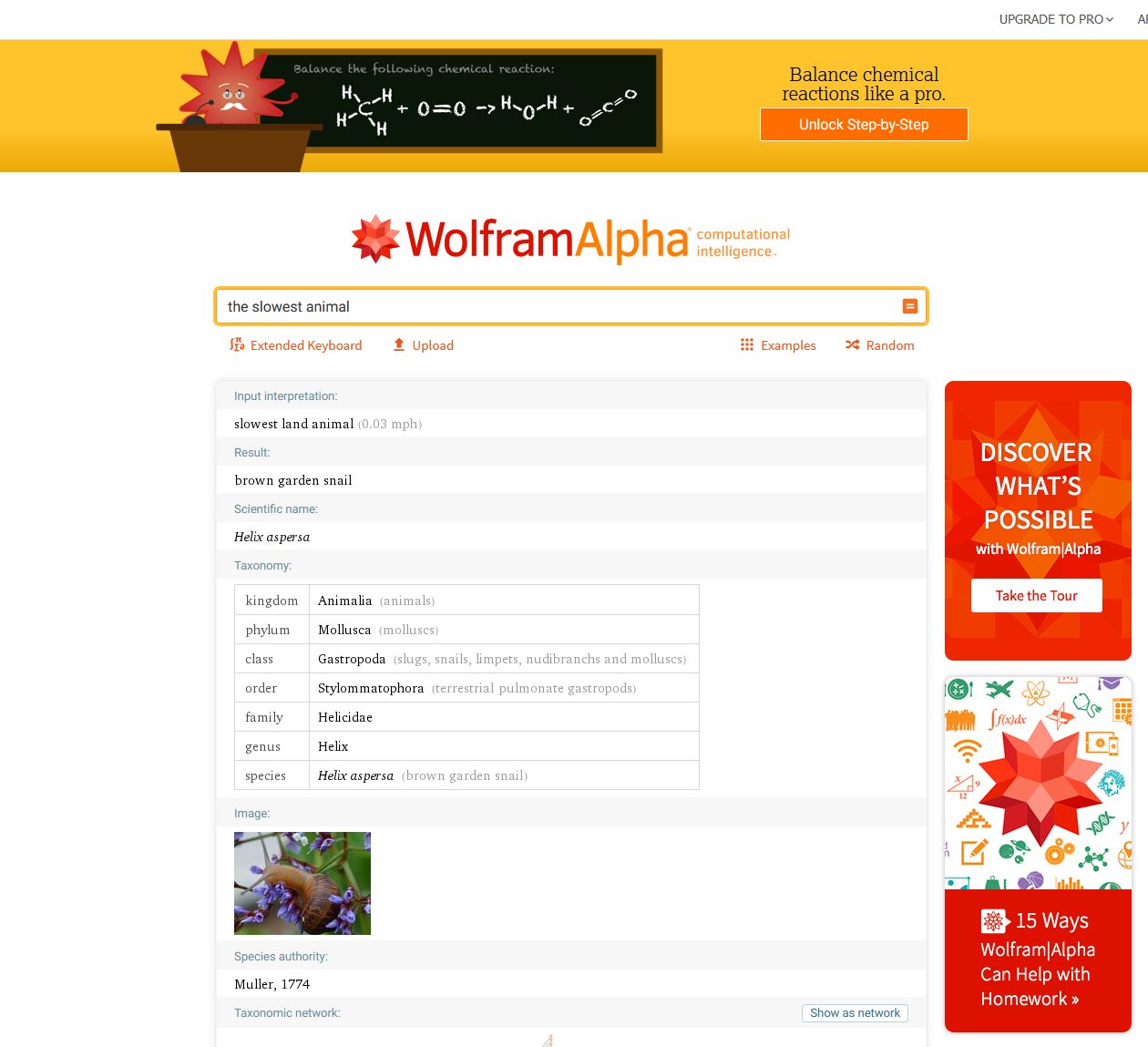 Wikipedia returns an article with slowest animal by phylum and class, including coral with a speed of 0 m/s: 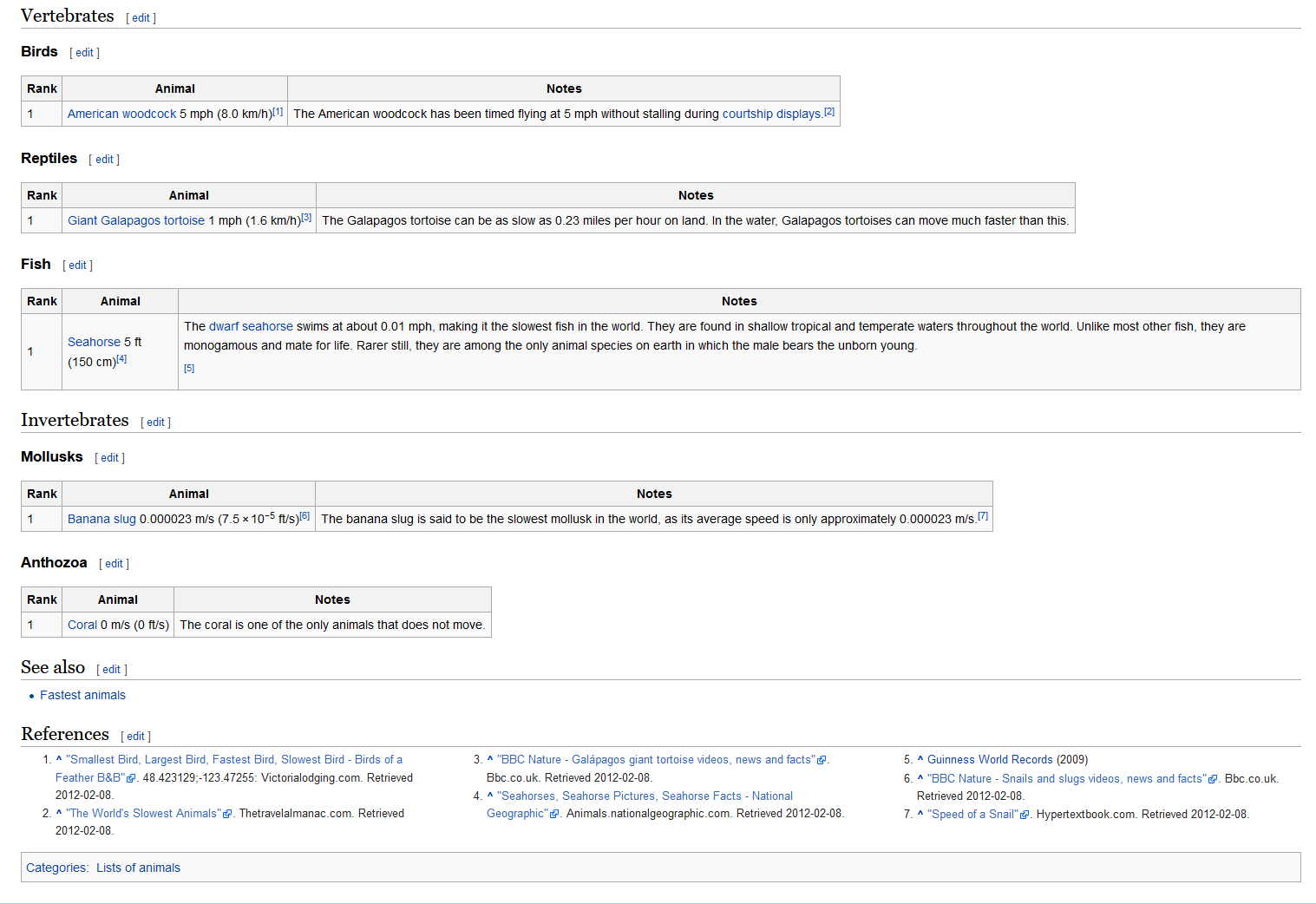 2020 update: Despite being higher quality than all results returned by search engines, the Wikipedia article was deleted for being too low quality. Alas.